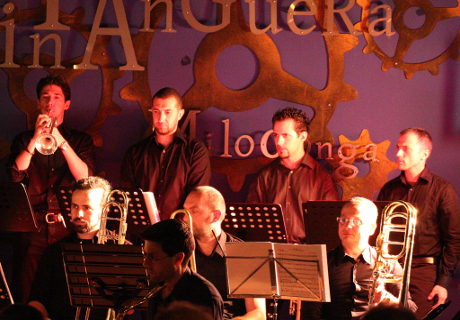 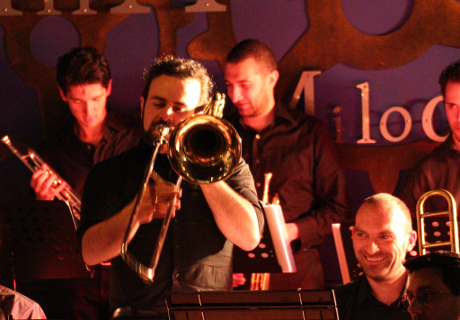 The OffCourse Big Band was first estabilished at the jazz improvisation class by Simone La Maida in Giocamusica school, Riccione. The starting lineup was formed with the aim to play at the end of year class performances. During 2011, with the addition of other musicians and growing enthusiasm, the group became a stable reality starting to perform in public.

In 2013 the OffCourse Big Band, along with Corale San Marino choir and the soloist singer Sara Jane Ghiotti, brought on stage Duke Ellington’s Sacred Concerts at Teatro Titano, San Marino main theatre, encountering a great success, also thanks to the originality of the composition. In the same year the Big Band collaborated with top singer Valentina Monetta recording a track from her new Album.

n already count numerous exhibitions in squares, theaters and music halls, from which we should mention the performances at Rimini Belleville Jazz Clubs.